Goodness gracious, it’s been quite some time since my last entry! Client deadlines come first, but I’m definitely long overdue. I want to thank you for keeping up with our latest work and being so patient… I actually have a great number of gorgeous weddings that I’d like to share, along with engagement portraits, personal projects and non-profit work. Please stay tuned!

I’m greatly excited to share Shalin and Hema’s 3-day wedding which took place in Chester, VA. The first day kicked off with Hema’s Ganesh Puja ceremony in the morning followed by lunch and then the Mendhi which went on until the late evening. These events all took place at a hotel that her family owns and operates. 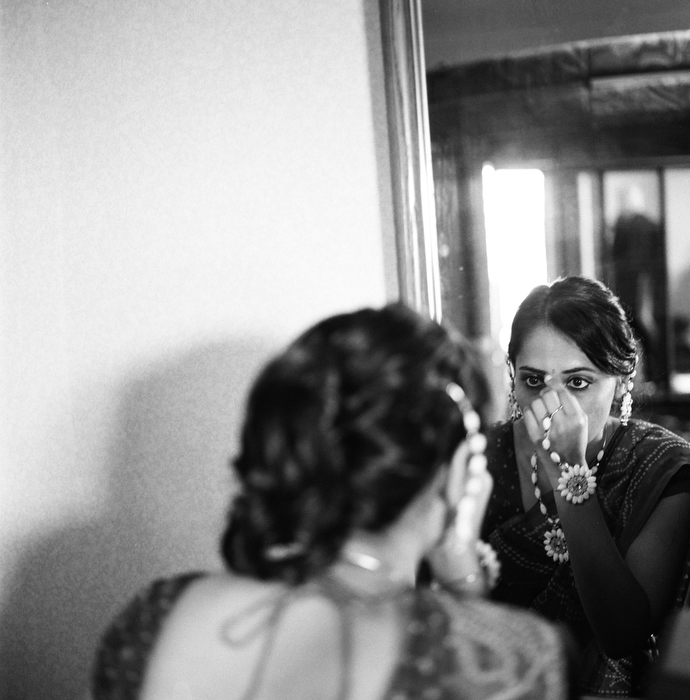 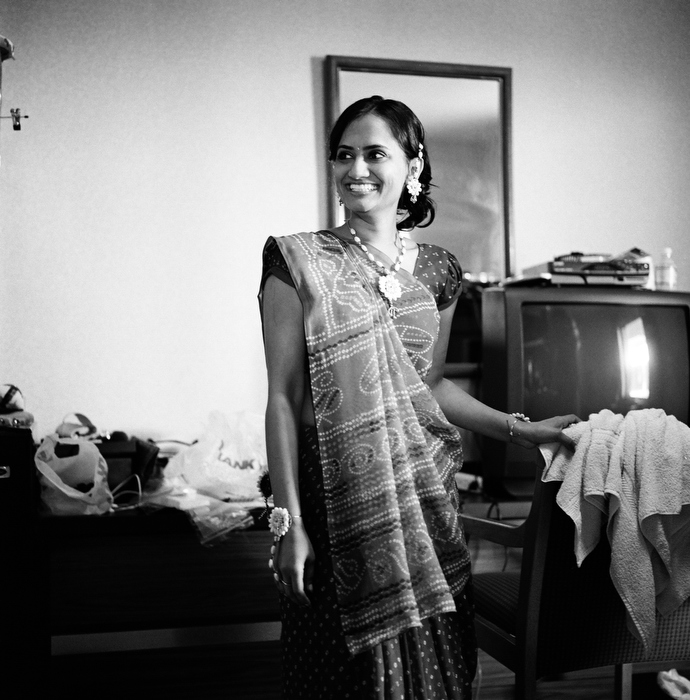 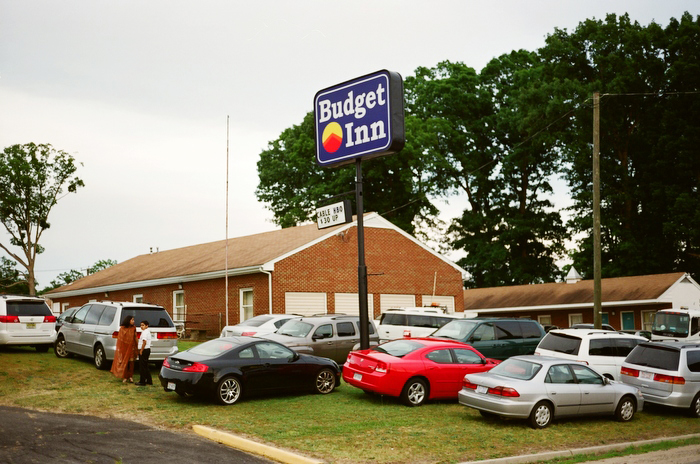 The Ganesh Puja is a preliminary which must be done before any other ceremony in order to bring good luck and to remove any obstacles from the ceremonies that follow. This is done by chanting mantras and offering gifts of fruit to Ganesha, the Lord of beginnings.

I’ve heard that turmeric paste is applied all over the body to invoke the likeness of Ganesha. I’ve also heard that it’s great for glowing and healthy skin, free from bacteria.

Lunchtime! Family and friends come together to prepare a meal for a few hundred guests.

I tend to beeline towards kids. I love talking to them and learning what games they’ve come up with. These girls are up to some freeze tag.

And these boys are playing Cricket. The one looking back is named Jay. We quickly became friends.

The Mendhi party commenced a few hours after lunch. Hema’s lovely henna designs were done by The Henna Lady.

First, you’ve got to take a look at Matt and Kristen’s wedding website, created and designed by them!  Isn’t it neat?  Aside from being a handy-dandy resource guide for their guests and wedding professionals, it has a clever design and many thoughtful accents throughout.  I like how some of the images look mounted by photo corners.

I will never tire of reading about how they met.

Matt and Kristen met while working together at the Richmond Times-Dispatch. On Valentine’s Day of 2007 Kristen left work to go pick up some flowers for the people she worked with. Even though she had never spoken to him before, she decided to pick up two extra flowers for Matt. When she got back to work she passed out all the flowers except for the two she bought Matt. She put his two flowers in a small cup and called him to come pick them up. The first time they spoke to each other was when Matt came to pick up his Valentine’s Day gift. The next morning Kristen came into work to a single rose and a Valentine’s Day pencil. Her thank you email to Matt was the first of over 3000 emails they’d send to each other over the course of 2 years.

I also loved reading about the wedding party.  Matt and Kristen are two of the sweetest, most lovable people you could ever meet, and now I couldn’t wait to meet the wedding party.   I remember reading that Matt’s brother and Best Man Tim thought that Battlefield Earth was the worst movie ever made.  Come on, it’s not that bad of a movie.  Is it?  I like that movie.  I’m actually quite fond of it.  It’s bad enough to be funny, and I think that’s what makes it watchable.

Matt and Kristen’s wedding celebration took place at downtown Richmond’s Hilton Garden Inn.  This Hilton was renovated from a department store once known as Miller & Rhoads.   Most of Matt and Kristen’s lives were spent in Richmond, and they really wanted to streamline a lot of those elements into their wedding.  Kristen claims that if she had to pick a theme for her wedding, it would probably be vintage Richmond with a modern twist.  Here is a highlight of their wedding weekend.  Check out the custom made bridesmaid dresses!